What If We Took Compliance Out of the Equation?

And What Can We Learn From Bodybuilders About Losing Fat?

You may think you have nothing to learn from these hulks and hulkettes. Many react to that particular physique with, “um, I would never want to look like that”.

But let’s face it – body builders, or figure athletes, know how to lose body fat! And that’s something we’d all like to hear a little more about.

A friend and colleague of mine, Matt McGorry, recently competed in his first body building competition (which by the way – he won!). I sat down with Matt and talked with him about his experience of losing 35 pounds and 12% body fat in about 4 months – which is no small feat, even for someone who was already considered fit. Impressive…but what can us regular folks learn from what these competitors go through to shed fat?

When I asked this, Matt didn’t hesitate one bit with this answer:

“I knew I needed a good reason to do it. The reason to do it needs to justify the commitment, the hard work and the sacrifice it will take to pull it off….it had to be worth it.”

Are you committed whole heartedly to leaning up? Or is it a ho-hum attempt that you think about off and on during the week – as in “I meant to hit the gym 5 times this week, oh well”.  Is your goal clear and measurable? Or vague, such as “I want to lose weight”? Instead of a clear, measurable goal with a deadline such as “I will lose 130 pounds by July 4th.“. This type of goal allows you to know exactly where you are going, sets mileposts along the way and also, you know it will end….and then you’ll get to have a piece of pizza.

Many of us think we are committing whole heartedly – and in the moment we probably are. Tuesday morning at my office you’re on board 110%, but come Happy Hour on Friday evening you’re 110% committed to unwinding with several cocktails. Next, your buzz leads you to make less that optimal dinner choices and your Saturday-morning-low-blood-sugar-brain has a one track mind: pancakes.

What is your reason for wanting to lean up and lose weight? It better be something good or it won’t be worth ordering a soda water when your friends are on their fourth drink or eating an on-plan meal before you head out to socialize so you aren’t tempted to get off track.  Your reason can be whatever you want – but it needs to drive you. 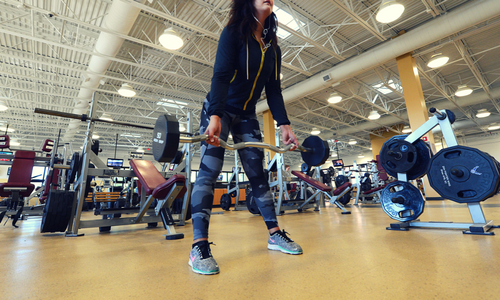 It needs to be something worth getting up at 6am to workout for, worth passing up the cookies at a co-worker’s birthday party and worth that effort it takes to drag yourself to the gym on those crazy busy days where it’s 9pm and its either go to bed or keep your commitment to working out that day.

While losing fat might seem like one isolated aspect of your life, the discipline and fortitude it takes to achieve that goal will bleed into every other area – and people notice.

Matt figured this goal would not only make him a better trainer, open up new acting roles, but also demonstrate to everyone that he had what it takes to be incredibly disciplined.  Set your goal, give it a deadline, get some coaching or help on how to pull it off – then go for it! Do everything you can to achieve it – because honestly, if you do all you can and don’t achieve it you won’t be too bummed out. You will still have lost a lot of fat – even if it wasn’t all that you’d planned on.

Disappointment will only come from looking back saying, “if only I wouldn’t have cheated those few times” or “if only I wouldn’t have done only 8 sprints when I was supposed to do 10”. Matt’s goal was to be compliant with his diet and exercise and keep his word to himself that he would do his absolute best – not to win a body building competition. In the end, that was just a bonus.

With 16 weeks of strict diet and exercise, weren’t you temped to cheat?

Matt was so committed that he did not cheat once during his 16 week prep time. He didn’t sneak even one extra bite of food, nor did he miss even one minute of exercise.  He told me,

“I didn’t want to be the kind of person who cheats or sells myself short”.

To keep on track he focused on the fact that it was a short term goal – 16 weeks. After that he would not have to be so strict. He used other short term goals as well – like counting the days until his cheat meal and counting the minutes until the end of his cardio session.  These little goals – even if it was “hey, I’ve done 30 minutes and I’ve got 30 minutes left” – kept him from feeling overwhelmed.

Focusing on what you can do right now, in this moment, to get you closer to the goal keeps the bigger picture from becoming too daunting. Everyday make several little, good decisions and they will add up.

Matt also did something a little scary for most of us – he told everyone what he was doing. He told his clients, other trainers and everyone else what his goal was.  This kept him accountable and got him in pretty deep, he said.

“I couldn’t really throw in the towel on the frustrating days because I’d committed not only to myself, but to everyone around me that I was doing this.”

Sharing his big goal also garnered some unexpected praise. Everyone who watched Matt go through his contest prep felt inspired by his determination and hard work…and it made several of us wonder just how far we could push ourselves. Matt never set out to inspire or gain more respect, but he certainly felt when it started to happen.  Another bonus. 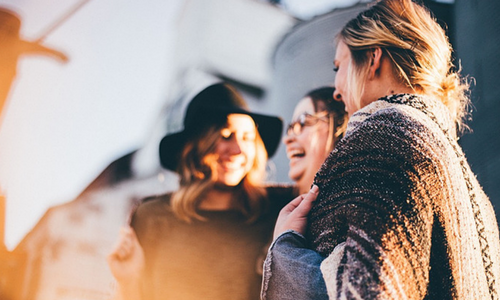 But what if you do “cheat”? Just shrug it off and get back on track – don’t let it derail you by beating yourself up over it. It’s done so now troubleshoot why it happened, try to avoid it in the future and get back to business.

I can hear you all now:

Matt is a personal trainer….it would be much harder for me to lose 35 pounds.

Matt will be the first person to tell you that he loves junk food and can remember a time when it was rare for him to go a whole day without some sort of “treat”. However, he has been working on creating the discipline and building upon his nutrition knowledge for years,

“This contest was like the sprint at the end of a marathon”.

And although he is in the fitness profession and is a competitive power lifter, he’s had a harder time losing fat than his friends or fellow trainers – so he knew he’d have to work for it. He began using a nutrition coach over a year before he took on this project, so he’d cultivated a lot of habits that made this restrictive diet plan doable.

“My aim was to be the best client ever. I did everything my nutrition coach asked me to do and it was amazing to see what was possible when I took compliance out of the equation.”

What if we could all do that?

Not forever, but let’s say for just 16 weeks. What if for the next 16 weeks you completely adhered to your exercise and nutrition plan? No missed workouts, no unhallowed carbs, not one sip of alcohol….for just 16 weeks? What about just 8 weeks? What would be possible in your health and physique if “not doing what you needed to do” wasn’t an option? It’s something to think about, huh?

And here come the Big Buts:

Yes it’s true that Matt didn’t have a toddler to chase after and he does work at a gym….but let’s not ignore everything he had to give up to do this.

His show was in January, which meant he went through Halloween, Thanksgiving, Christmas and New Year’s…without cheating. He packed his chicken breast and carefully measured serving of brown rice to Thanksgiving dinner. He attended multiple Christmas parties sipping water or diet soda and staying away from even a taste of holiday cheer or holiday cookies.

I asked Matt what it was like to have to give up so much:

“It was miserable at times. It was probably the hardest thing I’ve ever done. But I knew it wasn’t forever and I had committed so much in the beginning that blowing it was not an option. I wanted to be successful more than I wanted to cheat.”

How do you pull off something that takes so much time, stamina and hard work?

Matt simply made it work – he did what he needed to do to get to his goal. Troubleshooting is the key and here’s a few of the things he did to make it work:

Because Matt did this over the holidays, he wasn’t only up against holiday junk food but holiday gym hours. Some days because of shorter open hours, he hit the treadmill for his 60minutes of walking, gobble down a meal and 2 hours later was back at the gym for a weight training session.

So what can we learn from Matt’s experience and apply it TODAY to our fat loss goals?

For more info on Matt visit www.mattmcgtraining.com or www.peakperformancenyc.com. To read more about his bodybuilding contest prep, see an interview at: http://elitefts.com/documents/mcgorry-starnes.htm.

And for you guys out there, check out Matt’s article in March’s Men’s Health Magazine about getting that good lookin’ V Shaped Torso.