The Cheesecake Effect (Why Your Waistline Hates Sugar+Fat)

The Cheesecake Effect could also be called the French Fry Effect, Doughnut Effect, Guac and Chips Effect or any food that is both high in carbs or sugar as well as fat.

What happens when we eat these types of foods is that we get an exaggerated insulin response and the message to our metabolism about fat storage is this: stop burning fat, start making more fat.

These high cal foods, while highly palatable (I mean who’s not salivating just thinking of those??) cause a metabolic chain reaction that’s not ideal if you’re trying to lose weight. And remember, we’re all about doing what makes it easier for you to do BETTER, not making it harder right? That #beyourbestfriend idea 🙂

While the answer isn’t to never eat these foods again, it’s important to look at this particular food combo when it comes to fat loss as well as resolving insulin resistance (such as with PCOS) and supporting blood sugar balance with Hashimoto’s, etc.

To understand why these foods cause this particular result, let’s do a quick review of the hormone insulin and some of its sidekicks that get involved when we eat cheesecake: Insulin is an anabolic hormone, meaning it builds you up. It builds up muscle and fat tissue. It is above all a storage hormone: it stores sugar, vitamin and fats for later use.

You release insulin in response to any rise in blood sugar: eating or stress. It is secreted most significantly when eating carbohydrates, it is also released when you eat protein (however protein also releases a fat burning hormone, glucagon) and indirectly, insulin is released when eating fat as well – via the hormones ASP (acylation stimulating protein) and GIP (glucose dependent insulinotrophic peptide).

This is important to note because it’s a common misconception that protein and fat are free foods – or that carbs are all you have to worry about – when it comes to insulin. In addition to storage, insulin also has a role in helping you feel full or signal satisfaction from eating….at least in a perfect world, after all you release it when there’s plenty of fuel in your bloodstream.

However, because of its interactions with other hormones like cortisol, ASP and GIP combined with our modern lifestyle of excessive food, too much sugar, too much booze and too much stress, this aspect is often nil for anyone who struggles with their weight or hormonal balance.

Insulin resistance occurs when your cells do not heed insulin’s message well – you essentially have an exaggerated response to any rise in blood sugar or blood fuel, meaning you’re less efficient at getting nutrients into a cell for use.

It’s sorta like being at a loud concert and having to yell at your friend until they eventually hear what you are saying. This creates prolonged blood sugar elevations, excess insulin secretion and can have a rebound low blood sugar after insulin’s signal finally gets through leaving you hungry and cravings the carbs that got you in this mess in the first place. And the more often this happens, the more insulin resistant you get.

Why does this happen? Chronically over-carbing, over-eating or over-stressing – which could mean under-carbing, under-eating and over exercising – among any other stressors. You can eat your way here or stress your way here. 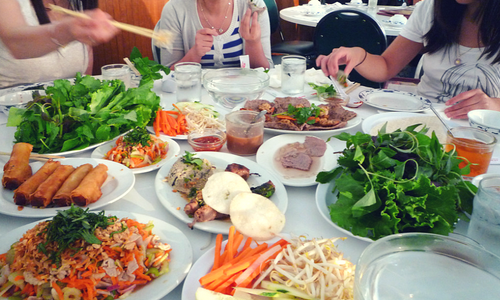 Why doesn’t it happen to everyone? There is a genetic component to insulin resistance for some – like me – who are more prone to this. And while it can be managed, a poor diet or high stress will always make it worse for this group.

For example, if I were to start eating cereal for breakfast, sandwiches for lunch and pasta for dinner you’d bet my currently well managed insulin resistance would worsen, my face would be full of breakouts, my cycle would get all messed up and the pounds would come on in a hurry. For those that stressed their way here, recovery happens better.

Before I get into the nitty gritty of these two, remember we are constantly storing fat or burning it for energy, it’s a little dance your metabolism is doing all the time.

The hormones that are at play here are lipoprotein lipase (fat storing) and hormone sensitive lipase (fat burning) and they are both profoundly affected by insulin in the following ways: Lipoprotein lipase is triggered by insulin to make more fat (i.e. store fat), in the form of triglycerides (this process requires a lot of energy which is one reason too many carbs make you sleepy).

Hormone sensitive lipase causes the release of fat from a fat cell and insulin puts the breaks on this one. Read that: less fat burning. Double whammy – actually it’s a triple whammy because insulin also blocks an enzyme called CPT1 which is what goes to work on released fat to burn it up.

(Note: when we say “burn fat” this means both to release the fat from the cell and then getting oxidized, burned or converted into energy; and insulin slows both of these).

Here’s the deal with insulin resistance: blood sugar goes up and stays up because insulin isn’t able to get it into the cells, then that free floating glucose gets converted to fat (triglycerides via LPL), and in the meantime insulin slows fat release and fat burning as well (via HSL and CPT1). At the same time you’re fighting a blood sugar high and then low and your stress hormone cortisol gets in the mix here too for even more fat storage.

This brings me back to the cheesecake problem – or any fatty carby food for that matter. Insulin from the carbs does all of the above on it’s own, but there is an exaggerated hormonal response to carbs+fat to store fat and halt fat burning because of a hormone called acetylation stimulation peptide (ASP).

ASP is stimulated to store fat when we eat fat but….it also triggers insulin. So the commonly espoused idea that fat doesn’t trigger insulin is not true.

This hormone is relatively new on the scene, but in practice it’s not new at all. Ask any body builder what they do to put on mass and one of the things they do is eat plenty of carbs and fat together (whether they knew it or not, they were trying to get a big insulin response). This works via stimulating a big surge of insulin to not only gain mass but stimulate appetite so they can consume more throughout the day.

The last thing you want when trying to lose fat right? And ASP and insulin don’t act alone, another little fat storer comes along when we eat carbs AND especially when we eat carbs and fat together, that’s GIP: glucose-dependent insulinotrophic peptide. This one is a total pain in the rear when it comes to sugary+fatty foods.  GIP signals fat storing on it’s own and is a big time signal to release insulin. 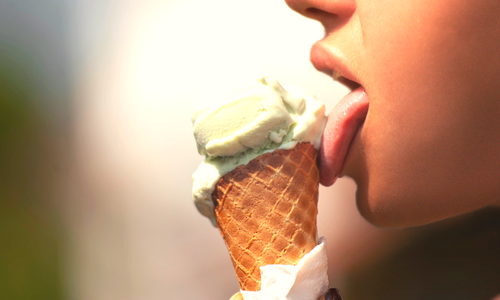 What studies have shown in women with PCOS is that sugar+fat or high carb+fat meals raise blood glucose, cholesterol and triglycerides more significantly than when carbs OR fats are eaten alone – these hormones explain why.

Ok that was a lot of fancy sounding hormones huh? Here’s a quick recap:

Now That You Know BETTER, You Can Do BETTER

Should you never eat these foods? Of course that’s not what I’m saying. But it is wise to keep this hormonal consequence in mind if you’re struggling to lose fat and you are including this particular food combo either in your splurges or “healthy options” like the beloved Paleo mix of sweet potato and several egg yolks cooked in ghee or coconut oil.

Catch my drift? And the last thing we ever want to do are things that make it harder to do BETTER – that is not supportive to yourself.

So eating a breakfast high in fat and carbs can set you up not only for fat storing and a halt on fat burning for the next few hours, but the insulin response triggered will increase your appetite for the rest of the day.

Rethinking your bagel and full fat cream cheese huh? This is the exact type of thing that leads to increased cravings and low willpower – which causes you to feel like a total failure. Consider it’s not your fault, it’s your hormones 🙂 That said, don’t do things that make it so dang hard on yourself!

Some great breakfast ideas for a better insulin response – ones that makes it easier to do better –  are, you guessed it: protein and veggies. And if you choose a fattier protein like eggs or red meat or add extra fat to breakfast like avocado or coconut oil, keep the carbs lower.

For example, one of my favorite satiating breakfasts is a veggie+egg scramble with guacamole OR ground grass fed beef/bison sautéed up with a few veg (I like celery, spinach and onion) over some greens (broccoli, spinach, etc.). If you’re looking for some yummy additional fat, try this AGL dressing (almond, garlic, lemon) available here – at my house, we use this on EVERYTHING.

Not sure? Take my Metabolic Resistance Quiz and see if insulin is a problem for you.

#1 Expose Yourself To Cold Hydrotherapy is a longstanding therapy in naturopathic medicine, but…